.
.
All of these stories can be downloaded onto “any PC or portable device” from cutalongstory.com
. 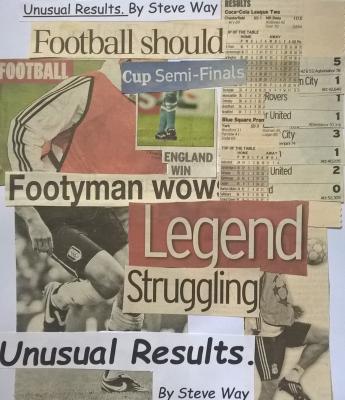 Having eaten some of the wizard’s magic jelly, which was supposed to make him sing better but didn’t, King Popple spends every day making up football results. Meanwhile for a not unrelated reason everyone has purple wax constantly dribbling out of their ears and all the children under 5 think they are cows. Hopefully the chamberlain might have a useful idea…

“The poor queen’s nerves were strained to the limit so much of the time that some of her courtiers thought they might spring apart with a loud twang like an overtightened violin string. She was undoubtedly beginning to look much older than her age. The delicate gifts she and her husband received from other kings and queens were all placed on top of the mantelpiece over the fire in the throne room. There was only one problem. The mantelpiece was very old and rickety. The slightest knock could make it shake in an unpredictable way and one of the vases or cups or whatever would fall off. Even a loud noise, like a door banging in the distance, could get the mantelpiece shaking and items falling. Unfortunately, the king had eaten some magic jelly the wizard had made. It was supposed to make him be able to sing better but hadn’t and now he was suffering the unfortunate side-effects of the wizard’s disastrous concoction.

“The king had become too distracted to order the repair of the mantelpiece or to realise that if one of the china gifts were to fall off and break it would be likely that some form of unpredictable disaster would fall upon the kingdom. This was because all the gifts were imbued with magic and if they were broken, the magic contained within them would be unleashed randomly and uncontrollably. Instead, due to the side-effects of the jelly, the king just sat on his throne all day making up football results or reading them out once the Royal Newspaper arrived on Saturday evening…” 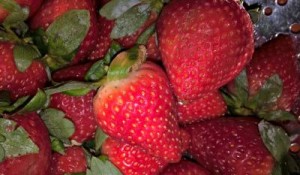 An unlikely candidate for a superhero but this seemingly innocuous plant thwarts various nefarious plots, in particular one to take over the drones used by the armed forces.

“It looked like they’d just executed the perfect crime. Being light but agile, the three gymnasts-cum-felons had been able to actually swing along the tops of the frames of the paintings in the gallery. They swung from painting to painting, like apes swinging from tree to tree, without setting off the alarms fixed behind each painting that went off if anyone tried to pull them off the wall. They then formed a triangle around the small sculpture that was the target of their robbery, each of them hanging gracefully from the frame of three different paintings…”

A number of my short stories, including a growing series about a hapless detective known as “Hugh McPearson Ten of Spades Detective” are available on the new web-site www.cutalongstory.com 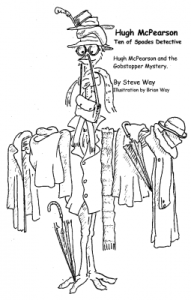 Hugh McPearson and the Gobstopper Mystery

In this first earth-shattering adventure of many, Hugh McPearson “Ten of Spades Detective” (embarassingly his brother is an Ace Detective) seeks to solve the mystery of the disappearing layer in some school children’s gobstoppers! Curiously this fascinating case failed to make the front pages of the national newspapers… or any pages come to that…
.
(Buy story) £0.99
.
.
.
.
.

Hugh McPearson and the Vanishing Bread

In his second adventure Hugh McPearson seeks to find out why all the bread is disappearing from Mr Jones’ bread shop overnight! Master of disguise he may have to take on the appearance of some form of confectionery…
.
(Buy story) £0.99

In his fourth inconsequential adventure, Hugh McPearson teams up with his side-kick Gary, apparently to solve the problem of the stolen school bell, which means that neither the teachers or children can go home. Their adventure involves a skating rink, a snoring headteacher and several chapters from a book explaining how to cope with the old cars teachers drive.
.
(Buy story) £0.99
.
.
.
.
.
. 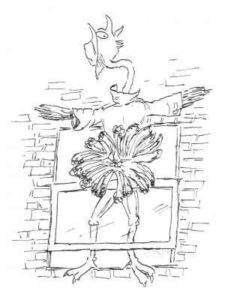 Hugh McPearson and the Agreement Gas

In his fifth inconsequential adventure at the request of the Prime Minister our hero attempts to save the nation by uncovering the heinous villain behind the production of Agreement Gas, which very dangerously makes everyone agree with each other! In the course of his adventure he becomes the first ostrich to fly – downwards to go upwards as well as upwards – disguises himself as a corner flag and becomes one of the first ever to sit in a spell. To find out more… read the story! How simple could it be!
.
(Buy story) £0.99
.
.
.
.
. 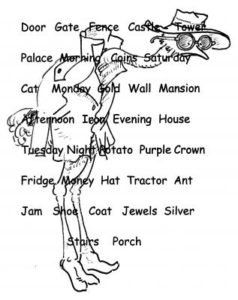 Hugh McPearson and the Confounding Riddles

In his sixth bizarre adventure, Hugh (and his brother who is also called Hugh) face their nemesis. This mysterious master villain has already stolen all the gold from The Bank of England and all the paintings from Buckingham Palace, but now Hugh (and Hugh) have to prevent the villain… well they don’t know what to prevent unless they can crack the villain’s mysterious coded riddles. According to Hugh (Hugh’s brother) a total twit is needed. Confused… read on… 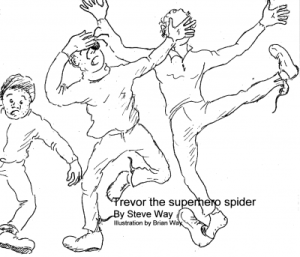 Trevor is a superhero, however he is also a spider so his superhero powers are in proportion to his size. Trevor and his friends come to the aid of the owners of the house they all live in when Mr and Mrs Fairbanks are persecuted by Mr Bartson of Bartson Holdings U.K. (Ltd) and his heavies.
.
(Buy story) £1.99
.
.
.
.
. 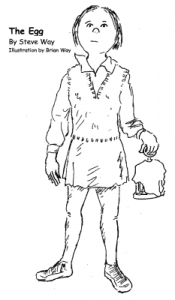 After three weeks at her new school Jasmine is still an outsider, ignored by her classmates. The unusual pet she brings to school changes things dramatically!
.
(Buy story) £0.99
.
.
.
.
.
.
.
. 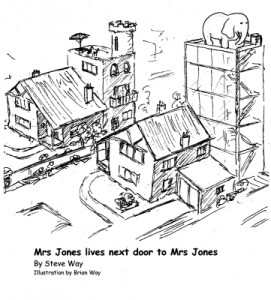 ‘Keeping up with the Joneses’ goes completely out of control and Mrs Jones and her neighbour Mrs Jones try to out-do each other with ever more extreme consumerism!
.
(Buy story) £1.29
.
.
.
.
.
.
.